I only half joke though; the main reasons I hear for not coming to Aussie or NZ for holiday and/or training, is the distance and the expense. But really:

First up was a stop off in Canberra for Graduation. I'm not sure what was more surreal; to, after 4.5 years, be able to say I'm signed off and finished my PhD, and officially Dr Ingham? The contrast in orienteering terrain between HDNC on Saturday and OACT Twilight 4 days later ? Or jumping from running in -3C to 35C? Actually, that last one wasn't surreal, just painful!

After not nearly long enough catching up with Canberra, it was on-wards to NZ, Wellington, Christmas and Summer FFS.

I fielded quite a few questions in the previous months along the lines of "But how can you have Christmas in Summer?!"...well...

But really, aside from the fact that Father Christmas arrives in boardies and on a surfboard (obviously), we spend it much the same as in the North. You get together with your family and head to the mountains or beaches. The only difference is...

The longer I've lived away from NZ, the greater my desire has grown to explore my own country properly. So I was stoked this visit to have the chance to spend all of January travelling the country; exploring new places, revisiting old favourites, and all the time catching up with Summer FFS.

So let's drop the pretense that this blog post is anything more than advertising New Zealand as the best place to go for winter (summer) training, shall we? Cue HOT1617WARM photo reel:

It was then up to Auckland, although not to run in the sand dunes playground of Woodhill like on 95% of my visits to the big smoke. I did get to the Waitakere ranges, but in a dress, not running gear, for my friends' wedding.


From there, it was up to Ocean beach and Whangarei Heads for a few days bach holiday with uni friends. I was super excited, both to have 3 days chilling with good friends, and to explore a part of NZ I'd only briefly touched on before. Within 20mins of arriving we were all out the door; me to head up the stunning but brutally steep Bream Head, and the rest (far more sensibly) to the beach.

Biggest achievement of the weekend, however, was solving the dilemma of 2 identical wasgijs (and one lone triplicate piece??) in the same box...I imagine the level of elation at finishing would have been similar to winning WOC.

From the North of the country down to the South, after some days chilling at the beach, it was off to the Southern Orienteering Week. The brainchild of Fraser Mills and Nick Smith, I can't speak highly enough of the week: Terrain was as varied as it comes; starting with Swiss style alpine terrain with native beech forest, to Wanaka's 'sticky' and steep pine forest covered mountain bike park, down to the river flats for a prologue and chasing start in the mazes of manuka scrub, before heading to central Otago for the limestone covered hills of Butcher's Dam, and a desert of gold-mining terrain at Bannockburn. And a couple of sprints too, just to keep the legs sharp ;)


A pretty full on but fun week! Even more so for staying with the seemingly tireless South Islanders; with every gap in races packed further adventures of biking, kayaking and climbing. For them that is. I just found the closest tree to sleep under each time.

And the drives were kept entertaining with casual recollections of adventure races that had passed through the surrounding hills, valleys and towns. You know, just your standard comments like:
"Ooh, that ridgeline up there (points to stupidly steep mountain ridge) is where Gazza cracked a shit at 3am and made us take shelter from the gale force wind and hail for like 15mins!! Honestly, we wasted so much time!" Or "oh real?! That raft leg took you 9hrs?? We only took 8!!, but then, we only tipped out 5 times!!" Or "And then Shazza's bike-seat snapped right off, so we made her a new one out of a sheep bone, a shoe lace and a dead possum..."
...The stuff these guys do is amazing, the stories are a little crazy, and more than a little inspiring. It definitely makes running through the forest for 1.5 hrs seem a little less hard-core! I hope I can give adventure racing a go someday. And yet I'm happy to wait off a couple of years yet...

Exhausted from an awesome week, it was back home to Wellington. Where rest days were well spent; taking more WARM1617HOT propaganda photos from my home training ground along the skyline ridge above Wellington...


...And a classic O-gang adventure. This time to locate the largest Rata tree in the world. Which, for a bunch of orienteers locating a very large tree, took an embarrassingly long time to find (in very low visibility forest, a dodgy control circle location and no gps signal...just saying!)

With one week of HOT1617WARM left, the pace lifted again; heading back up the Kapiti Coast for the first Central Region Squad Camp, a part of ONZ's new High Performance structure. A handful of elites and a good bunch of keen and talented juniors hit up the beautiful sand dune forests, and the sprint maps of Palmerston North for a solid weekend training.


Cramming it all in my last 7 days at home, the day after the training camp finished, I hopped over the (small) ditch to sunny Nelson to test run the NZ Champs courses. I obviously can't say much, given they'll be run this weekend...but a picture's worth a 1000 words. Here's the arena:

The final sessions on my warm weather training trip were to be the W6 sprint races in Wellington; 6 sprints over the 3 day Waitangi weekend. Unfortunately though, my body wasn't so keen after all of the fun of the previous month. A bit of a disappointing end to an awesome 6 weeks of kiwi summer, especially having to missing the chance to return to the World Cup sprint area from 2013. But. I'll be home agian. There'll be another time.

So after a tiring, yet refreshing 6 weeks back home, it was once again time to pack my life into a bag, decide what movies I wanted to catch up on, and settle in for 25 hrs of flights. Up and away to Europe and Season 2016! 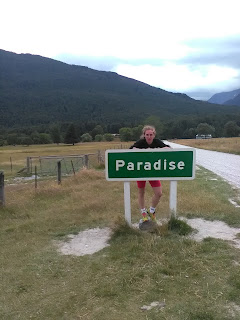 So yeah, if you're still actually reading the words in this post, and you're keen for some summer-winter training down-under in 2016/17, just get in touch. We're waiting for you :)

Posted by Lizzie Ingham at 6:50 AM