Although the official proposal of having separate sprint WOC and forest WOCs may have been shot down, with this year's schedule I've ended up pretty much having two separate WOCs anyway. Last weekend was all about the sprints, with the individual races held down in Venice on Saturday, followed by the Sprint Relay in Trento on Monday. I'm currently nearing the end of an enjoyable 3 day turn around, such a luxury compared to previous years' schedules! Yesterday I enjoyed the opportunity to cheer on Greta, Matt, some Aussies, and even a European or two, in the Long distance. Matt and Greta both did an awesome job, taking us a good step in the direction of promotion to being a tier 2 nation. Tomorrow it's my and Ross's turn to get stuck into the forest with the Middle.

In the meantime though, a 3 day break has given me no real excuse not to write about the sprints though...so:

Last Thursday we wound our way down to Venice from our training base in the mountains, singing our hearts out to the NZ 2014 JWOC CD, to make final preparations for the Saturday's Sprint races. Having picked up Matt, and run a bonus Treviso training enroute, we were finally a full complement, fully prepped, and ready for racing!

Saturday morning dawned bright and too early, with the prospects of a long hot day full of sprint action ahead. Having picked up (and immediately decided against) our packed breakfasts, it was into the car, on with the JWOC CD (off which we had now vetoed 50% of the songs), and on to the doge ferry (such boat, many water, wow!) terminal to Burano! We were pretty stoked to find ourselves organised, on time, and 3rd team in line to get on the ferry. Although, typically, still behind Switzerland.

The sprint qual on Burano didn't disappoint. Plenty of legs requiring quick thinking, some trademark Venice narrow alleys, and lots of colourful houses...which I probably shouldn't have noticed while racing! I had a clean enough race for a qual, missing an optimum route choice or two, and having a couple of hesitations, but nothing too costly. At first I was unjustifiably disappointed to be in 5th...until I saw that there was only 10 or so seconds between the top 7 in our heat - something not common in the women's heats, and great to see for the level of competition. In the other women's heats, it was business as usual, with some very large gaps at the top of the heats. 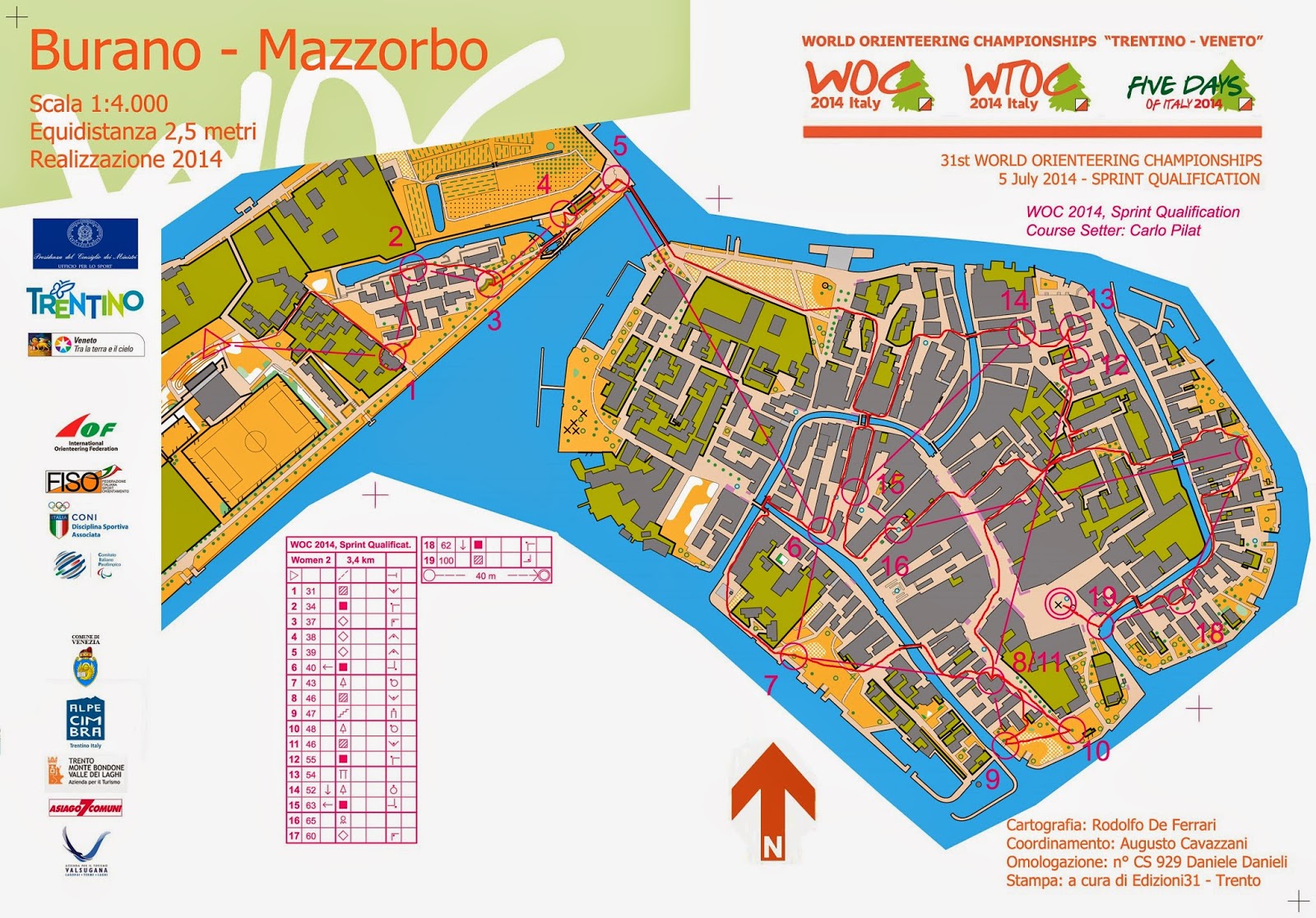 Disappointingly for us as a team however, I was the only qualifier to make it off Burano, through to the final. Reassuring however, everyone knew exactly where and why they went wrong - leaving us with confidence still for the sprint relay.

On to a second Doge ferry then, this time cram packed with finalists and their team managers/coaches/physios/doctors/chefs/hair stylists. Somehow, our overloaded boat made it across the lagoon, to disembark at Quarantine round 2. This time, we were held inside a naval base - complete with plenty of men in uniform, watching our every move. An hour of hiding from the heat, then it was time to warm up (not hard), zone in, and off to pre-start...
All set and ready for the biggest sprint race of the year...when the atmosphere was suddenly shattered by the loud entrance of a pirate party ship cruising along the waterfront. Ah, Venice, so classy!
You prepare yourself to deal with a wide range of situations at world champs. But I can honestly say that a pirate ship pumping out 90's pop hits at me all the way from Pre-start to the start line, was not one of my practiced situations!
The distraction was quickly forgotten however, as soon as I was given my control descriptions. My hear plummeted as soon as I read the 230m taped run through, followed immediately by a map change...plain dead running, not exactly my strength. Nothing to do about it though, and before I knew it, I was out on the course.

When read carefully the sprint analysis at WorldofO tells everything there is about my race. I start off well, despite not realising the route choice to #3 until 5 steps after punching #2. I stay in the top 6 through to the run through, where I leak time on the faster runners. On every single route choice in the race, I choose the optimum route, which I was pleased with. Navigationally, I lose time to a hesitation on #12, turning into an alley too soon enroute to #14, and stopping a niche too soon on #17. All 3 of which were due to reading ahead on the course and not clicking back to the present quickly enough. Everything else is running speed, especially in #15 - finish, which contained minimal navigation and a lot of flat running.

Coming in to the finish, it was a nice surprise to be called in as 2nd = with Tess Hill...although a slightly less nice surprise to then learn she'd actually beaten me by 0.1s ;) 13th once all was said and done, which is realistically close to the best I could have done on the day.


However, I was left a bit disappointed with the course to be honest. With the run through and finish chute, ~10% of our course was dead running without map reading. Add on to that the last few controls, which had minimal navigation...and really close to ~25% of the distance was just running.

At my current stage, I believe I can make the sprint podium, if the course suits me. (Yet i'm always surprised, and humbled, when I realise others think this of me too!) Give me a technical course, and a hill or two, and I should have a realistic chance. However, given a flat, faster course with less map reading, my chances drop. But in orienteering, you can't decide what kind of course you're going to get. It's a definite goal of mine to get to the stage where I'm a podium chance no matter what the course.
Final Split Results

Having relocated from Venice to Lavarone - from party central at the beach to our new team hotel...which appears to be a rest home/hotel, Monday brought with it the sprint relay. New to WOC this year, the race promised to be exciting for spectators and runners alike. So down from the plateau we twisted and turned, listening on repeat to the 4 JWOC CD songs that we could still bear suffering. (Seriously, I think I rented the only car in Italy without an auxilary outlet?!). We had high hopes of a good result, with a strong team of Greta - Tim - Ross - Me.

Things went to plan on first leg, Greta sticking with the top pack and handing us over in a great position. From there however, the simple nature of the course, started to take it's toll - Tim, and then Ross, just not having the legs to stick with the super speedsters. By the time I went out, we were in 15th position, still a good position for us, and still with teams withing catching distance. I raced my legs out from under me, when the rain and perilous slippery pavers didn't try and do it for me. And by the end of the race I felt like I'd been hit by a bus...a situation which I barely missed in reality coming out of #10. However, 14th was the best we could manage on the day - a solid result, but again, one we were left feeling we could have improved on a lot...if the courses hadn't been so very technically easy. Especially on the girls courses, it felt as though there were only 2 legs with any route choice, the rest was running. 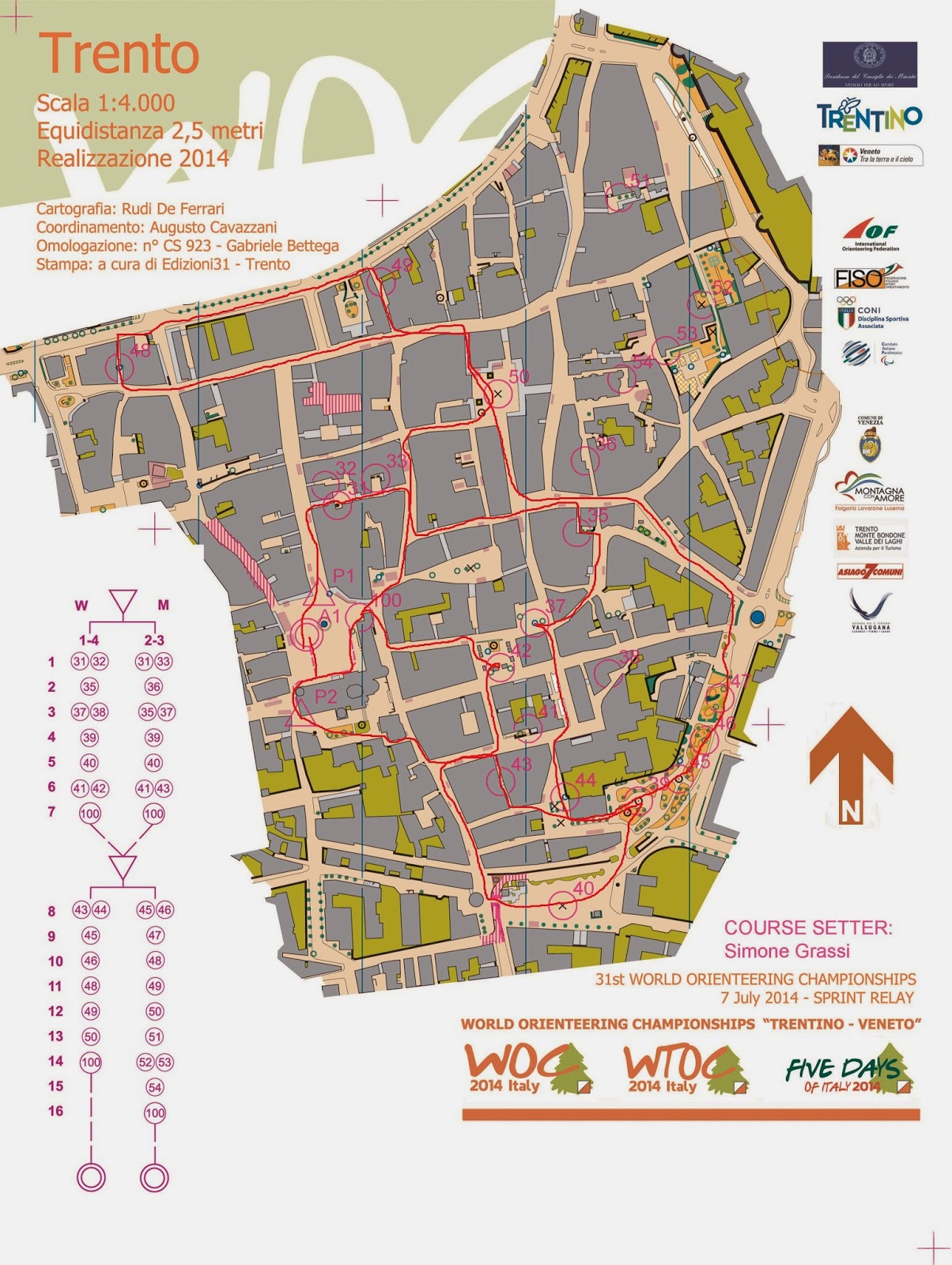 Overall I think I, and the team, should be proud of our sprint results, we did as well as we could on the day. However, in both cases we've been left feeling disappointed in the courses: this is the orienteering world champs, so please, give us some technical courses!

Having said that, the middle and relay tomorrow promise to be nice and technical. I'm the best prepared that I've been for a WOC middle to date, the aim tomorrow is to be calm, controlled and smooth. We'll see :)
Posted by Lizzie Ingham at 6:03 AM 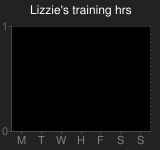